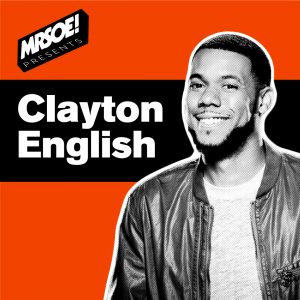 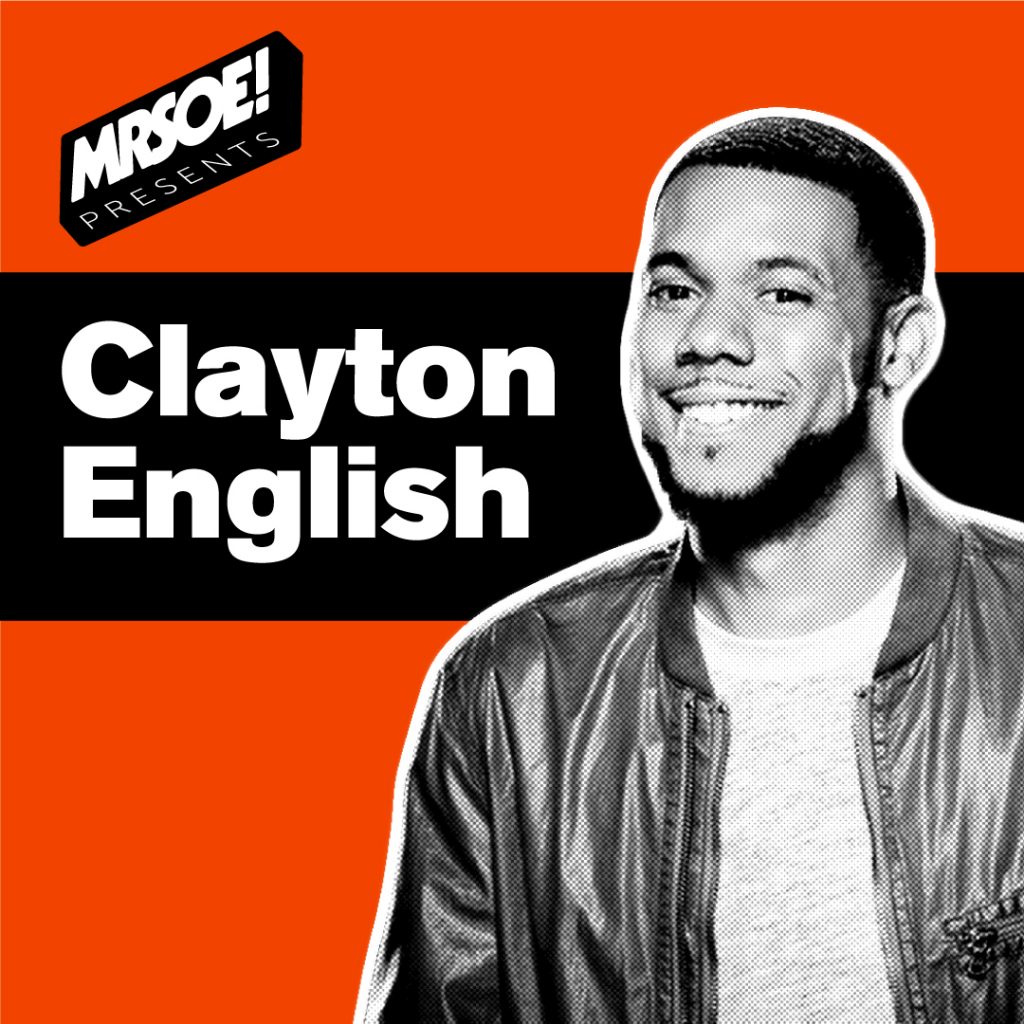 Originally from Atlanta, Clayton English is a stand-up comedian, actor and writer.
Most recently known as the winner of NBC’s LAST COMIC STANDING in 2015,
Clayton is currently headlining clubs, colleges, and festivals non-stop throughout the
country. Clayton has also featured for comedy greats including Dave Chappelle and
Bill Burr and was recently named a New Face at the Montreal JFL Comedy Festival.
Clayton made his late night standup debut on LATE NIGHT WITH SETH MEYERS and
is recurring in LOVE on Netflix.

Purchase a limited edition MRSOE! Tee for $25 at the show!