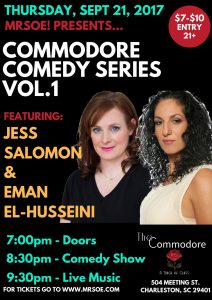 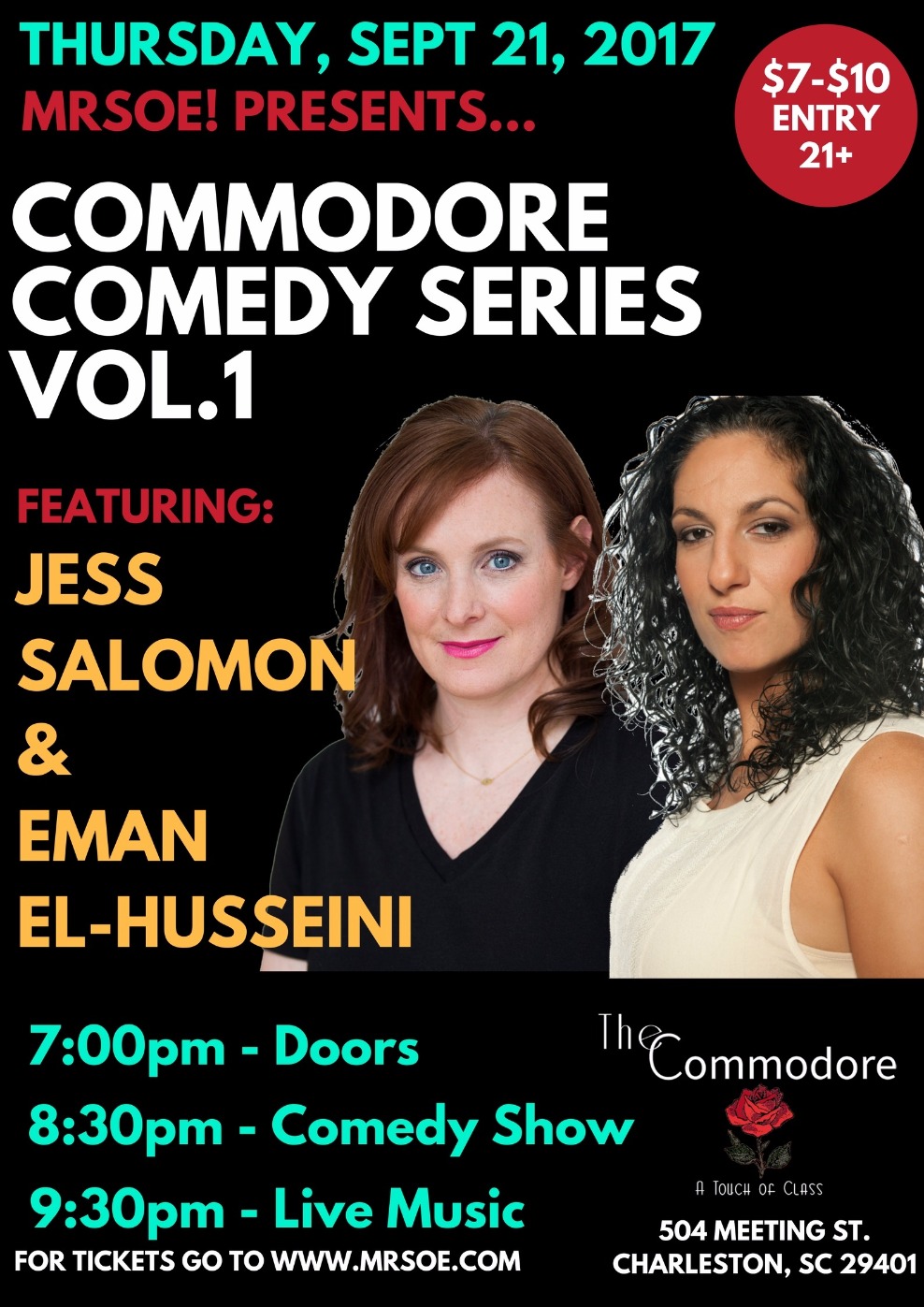 The Commodore is Charleston’s newest spot for the best Stand-Up Comedy!  The Commodore Comedy Series Vol. 1 presented by MRSOE! and The Commodore is a special limited 4 show engagement that will be bringing the best nationally touring headliners from across North America into Charleston over the next 4 months.

El-Husseini, a Palestinian-Muslim and Salomon, a Jewish-Canadian are an unlikely couple. In the midst of the current political and cultural climate and their own religious and cultural differences, this gay couple moved (legally) to New York and tell jokes for a living. The ultimate minority, their aim is to just be funny and avoid being deported.

A Canadian, a Palestinian, a Muslim, and a lesbian walk into a bar … ladies and gentlemen, it’s just Eman El-Husseini. Yes, she’s all those catastrophic identities rolled into one — her life is a current event. From the Muslim ban to Palestinian rights and marriage equality to the ice cream truck that insists on parking in front of her building, it’s all happening and it’s happening to her, especially. Strap in and get comfortable, Eman has a lot to work through. In her decade-long comedy career, Eman has headlined across Canada, opened for Patton Oswalt, and recorded her first comedy album, “Unveiled,” which can be heard regularly on SiriusXM Radio. She currently lives in New York City, legally, thank you very much.

Individual tickets are $10 online or at-the-door (cash and/or credit card).
Group Tickets: Get a group of 4 or more together and tickets cost only $7 each!

Seating is limited and is first-come, first-served, so get there early!